A good night’s sleep can help you feel rested and recharged, while poor sleep or sleep deprivation can negatively affect your sense of well-being and cognitive functioning, and even lead to long-term health issues. . For too long, however, people have ignored sleep issues, blaming them on stress or anxiety. However, tracking your sleep can be especially important if you suffer from sleep disorders such as sleep apnea.

Sleep apnea is a condition in which breathing repeatedly stops and starts again during sleep. The most common is obstructive sleep apnea, or OSA, in which breathing can stop for more than 10 seconds – in some cases up to 100-120 seconds – repeatedly. The death earlier this year of veteran music composer Bappi Lahiri drew attention to the disorder.

This is where fitness clothing can help. As an OSA sufferer, I use them (Fitbit Sense, for now) to track my sleep patterns. I can also monitor improvement, if any, if I change my pillow or use a sleeping pill. Of course, you should see a doctor if you think you have a problem; fitness clothing is no substitute.

While older fitness trackers monitored wrist movements to track sleep, the recent generation also monitors heart rate and factors like body temperature and snoring. The more advanced even incorporate an SpO2 sensor to track blood oxygen levels. The trackers monitor sleep duration and quality as well as sleep stages, reporting which stages you were awake, tossing and turning.

During a typical night, we go through different stages. The first stage is an extremely light state of sleep. In stage two, our brain waves begin to slow down. In stages three and four, called deep sleep, our body grows and repairs itself. The last stage is called rapid eye movement (REM). During this time, our brain becomes more active and dreams occur. The cycle repeats every 90 to 110 minutes. Missing a step is a sign of poor sleep.

Since looking at and dissecting all the data can be overwhelming, wearable fitness devices and their companion apps distill it down to a few meaningful insights and an easy-to-track “sleep score.” Earlier this year, Fitbit took things a step further by introducing a sleep profile that offers a longitudinal analysis of sleep patterns, basically over a period of time. Since sleep can vary greatly from night to night, it is a good idea to analyze sleep data over a longer period to find out, for example, the time spent in light, deep and REM sleep, as well as as awake time, as well as how your sleep relates to activity, mood, etc.

A sleep profile or a long period of evaluation via sleep trackers offers an advantage over a traditional sleep study, as it is both difficult and expensive to have sleep specialists at home for too many days.

This is where fitness clothing can help. As an OSA sufferer, I use them (Fitbit Sense, for now) to track my sleep patterns.
(Fitbit)

What is its precision?

My ENT doctor agrees that a credible fitness tracker can accurately detect snoring and monitor restless sleep patterns. But – and this is a but echoed by most experts – sleep trackers are not diagnostic. Senior neurologist and sleep specialist Manvir Bhatia, director of the Neurology Sleep Center in Delhi, believes that people who snore and suffer from excessive daytime sleepiness should be tested for OSAS. An estimated 80 to 90 percent of adults with OSA go undiagnosed, she adds.

Also, because they don’t directly measure sleep and rely primarily on movement and heart rate for assessment, fitness trackers are of limited use. They measure inactivity as a proxy for estimating sleep, and one can trick a tracker into lying quietly awake. Thus, these portable devices are often underperforming in insomniacs.

Still, fitness trackers have their uses. Sleep tracking raises awareness and offers warning signs of a disorder. My family doctor says problematic sleep patterns can also be a sign of bigger health issues. How often has a doctor asked you, “Are you sleeping well?” 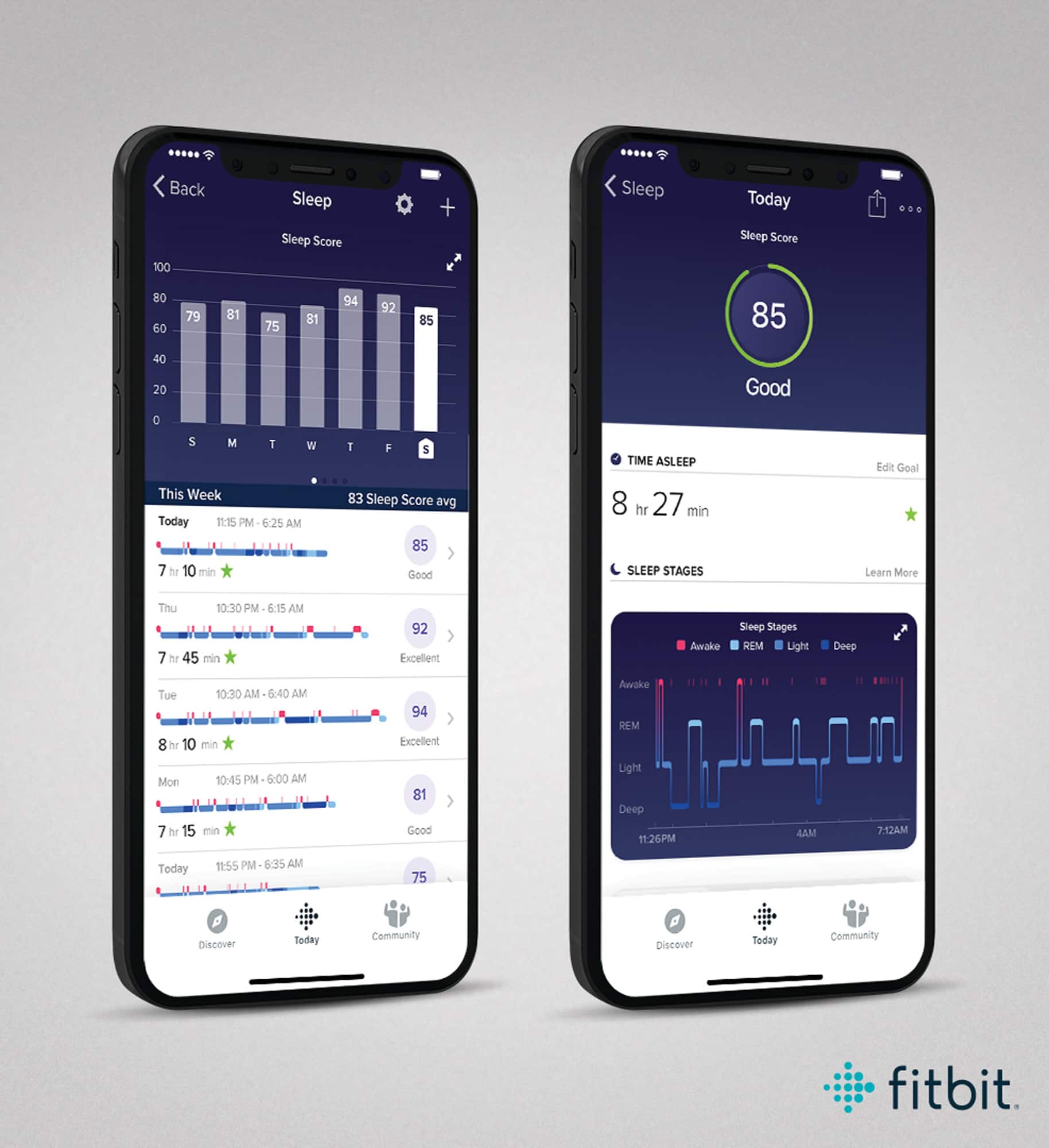 What are my options?

Before you indulge in sleep tracking on your fitness tracker, or buy a new one for the same, make sure you don’t get hung up on sleep data. A 2017 study published in the Journal of Clinical Sleep Medicine highlighted a downside of obsessive sleep tracking called “orthosomnia.” The condition in which people obsessively pursue optimal sleep based on information derived from sleep tracking can cause stress and anxiety which, in turn, can negatively impact sleep.

As a reviewer, I often compare data from different portable devices, but I suggest others don’t sweat it. Just pick a believable one from the options below, and don’t overthink it. Also, a sleep monitor, wearable or otherwise, can often not be 100% accurate when compared to a professional sleep study (polysomnogram). However, these are really trends over time. Again, don’t sweat on it.

To reiterate, if you have any concerns about your sleep quality, it’s a good idea to talk to a doctor. However, if you want insight into your sleep, fitness wearables are a great option. Instead of absolute numbers, monitor trends to improve your sleep routine and if anything goes wrong, consult a sleep specialist. Sleep well!

Fitbit: When it comes to fitness wearables available in India, Fitbit arguably offers the best sleep tracking with the most comprehensive information. And it’s across its entire portfolio – from smartwatches including Fitbit Sense and Fitbit Versa 3, to trackers like Fitbit Charge 5 and Fitbit Luxe.

The heart rate sensor works in conjunction with the SpO2 sensor to unlock the estimated oxygen variation while you sleep. Large fluctuations in blood oxygen levels can be a sign of sleep disorders like OSA. Plus, the Fitbit Sense can even track when you’re storing. This, and other information such as duration distribution, sleep stages, etc. with detailed graphs, however require a Fitbit Premium. 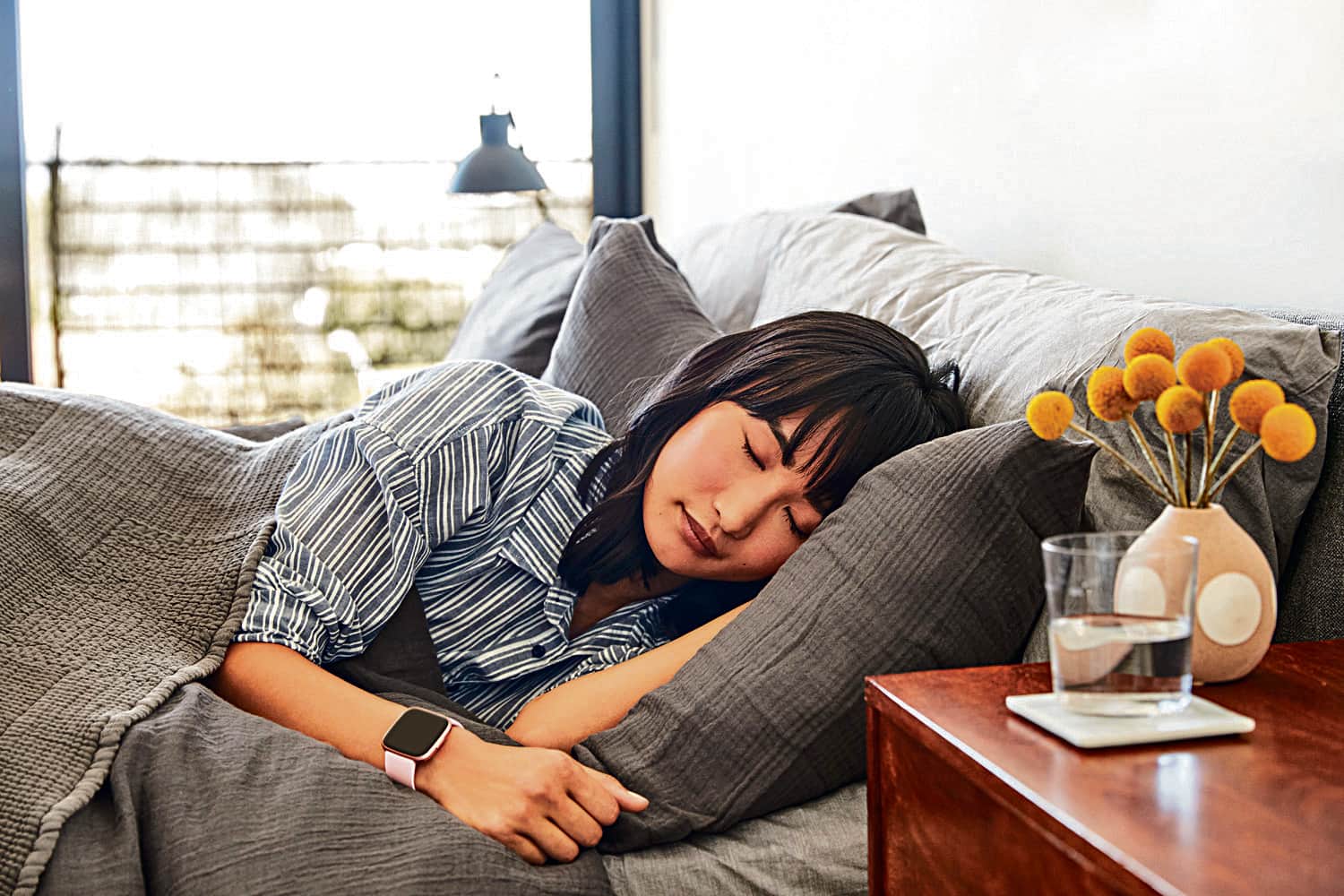 Xiaomi: Xiaomi’s Mi Band has long been one of the best-selling affordable fitness trackers. The Mi Band 6, along with Redmi Watch 2 Lite and Redmi Smart Band Pro, is a solid sleep tracking option if you’re on a budget.

Sleep tracking is sometimes a bit inconsistent for the REM stage compared to a Fitbit Sense, but that’s not a deal breaker. The app offers a comprehensive sleep summary to help you better understand your sleep. Considering its price, it’s a pretty rewarding proposition.

In the affordable segment, there is also the Amazfit wallet with nice smartwatches. It offers sleep analysis similar to Xiaomi devices, but often tends to overestimate sleep time, however, focus on trends rather than absolute accuracy.

Apple Watch: The Apple Watch, otherwise the most popular smartwatch in the world, only gained the ability to natively track sleep in 2021, and the company’s support for sleep monitoring is pretty limited.

There’s no tracking of sleep phases of REM, deep and light cycles, or in-depth analysis of your sleep. There’s no Fitbit-worthy “sleep score” either. Apple Watch offers details of how long you slept as well as dark and light periods of your sleep. It’s a basic breakdown, but also quite reliable. That said, Apple Watch users can try third-party apps for richer insights.